“With bipartisan support, the Legislature has passed commonsense reforms to protect the integrity of our elections and improve how our elections work,” said MacDonald, R-Macomb Township. “I am proud that two reforms I championed were included in the measures sent to the governor — removing dead people from the voter rolls and ensuring absentee ballots are properly handled after being removed from a drop box.

“Last year, the governor vetoed my bill to help ensure dead people are efficiently removed from the voter lists and my drop box ballot security bill has been languishing in the House for months. It is good to see the governor finally on board that these are smart and necessary protections of our democratic process.”

House Bill 4491 would allow clerks of cities or townships with populations of at least 10,000 people to perform certain preprocessing of absentee ballots from 7 a.m. to 8 p.m. on Sunday and Monday prior to Election Day.

MacDonald’s previous bill, Senate Bill 277, would have outlined the process between county clerks and local clerks to remove deceased voters from the Qualified Voter File. It was vetoed in October.

HB 4491 also would outline the process between county clerks and local clerks to remove deceased voters from the Qualified Voter File. Until the end of 2022, at least once per month, county clerks would be required to forward a list of those who have deceased to local clerks, who would then compare the files with voter registrations and cancel those who are confirmed dead. Beginning in 2023, county clerks would be required to update the QVF at least once per month to cancel voter registrations of all deceased individuals.

MacDonald’s other bill, SB 278, was passed in December 2021 and would have put into law a clear set of procedures for removing absentee voter ballots from drop boxes and required all ballots to be transported in an approved ballot container.

HB 4491 incorporated that reform. Under HB 4491, starting 15 days before each election, clerks must collect absentee ballots from the drop boxes on all days the clerk’s office is open and absentee ballots collected from drop boxes must be immediately delivered to the clerk’s office. The transportation of ballots from drop boxes to secure locations in permitted containers must be documented to establish a chain of custody, and records must be maintained for 22 months.

HB 4491 would also require the County Board of Canvassers to approve the containers used to transport and hold the absentee ballot secrecy envelopes, which are often the same containers used to transport and hold absentee ballots in transit from the drop box to the clerk’s office. For 2022, this would need to be done before Oct. 20.

Also sent to the governor were SB 311, sponsored by Sen. Ruth Johnson, R-Holly, and SB 8, sponsored by Sen. Paul Wojno, D-Warren. The bills would require the state to establish a process to allow for members of the armed forces, who are on active duty, absent from the U.S., and not expected to return home in time to cast their vote, to electronically return their ballot to their city or township clerk using their Common Access Card, an encrypted smart card that serves as the identification issued to active-duty military members by the U.S. Department of Defense. 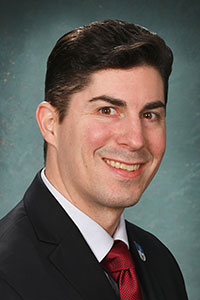