LANSING, Mich. — Sen. Kim LaSata on Wednesday introduced a pair of election reform measures as part of a 39-bill package to ensure election access and integrity.

“Nothing is more important in our democracy than free, fair and honest elections,” said LaSata, R-Bainbridge Township. “But recent elections, and not just the past presidential election, have revealed that we can do better, and the reforms we introduced today will help make Michigan’s elections better than ever.”

LaSata’s legislation would ensure the state’s qualified voter file is always up to date and accurate.

“I have been meeting with local clerks and poll workers to learn about their concerns and hear about their experiences firsthand,” LaSata said. “Being on the border makes Southwest Michigan unique, and I overwhelmingly heard our local clerks had difficulty in determining if voters were registered elsewhere, either in Michigan or out of state, and the status of that registration. Local elections are what make our Southwest community, and it’s important that we make sure our elections for city officials, school board members, township supervisors and others are as safe and secure as any other election.”

Senate Bill 281 would require the secretary of state to formally request information from recognized multistate compacts every year to verify the current residency status of voters and follow procedures to either confirm, remove or add voters. The secretary of state would be required to provide a report of that action to the Legislature.

The bill also would require the secretary of state to request information from multistate compacts detailing any voter who improperly cast a vote in the last election and investigate those findings.

SB 302 would require individuals to affirm on their voter registration form that they are not registered to vote in any other jurisdiction.

“To ensure the integrity of our elections we must make sure the vote is accurate,” LaSata said. “Cleaning up the state’s qualified voter file and ensuring each person only votes once in one jurisdiction, along with the other reforms announced today, will go a long way toward securing fair and honest elections in our state both now and in the future.”

This legislation was referred to the Senate Committee on Elections for consideration. 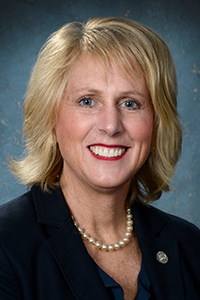